Basically, with the AVA Program aims to achieve a marked improvement in the extinction of forest fires through early detection and immediate air strike in its early stages. To do this, you must perform a certain number of air patrols that follow a predetermined route designed optimally in space and time so that this shape is fast and straightforward enough to immediately detect the fire forest, or in the worst case, any reduction of time spent in the attack on the fire. 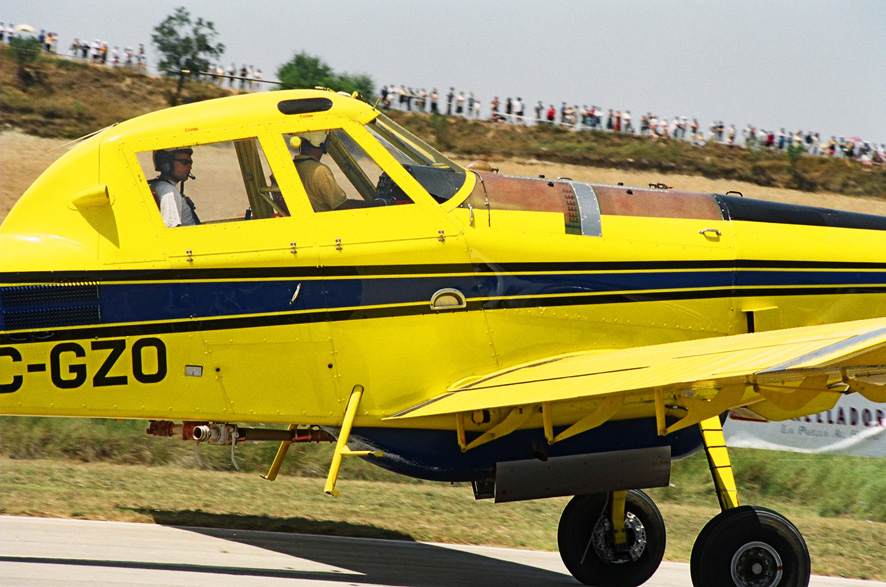 It is possible that a forest fire is detected by other means (whether air or ground), even in these cases, there would still be a radical improvement in reducing the time to attack the fire, because as described above, with This method is taking advantage of the wide availability of the aircraft during flight patrol. Everything described above, coupled with the significant cost reduction when using these planes as well as high performance and great precision in launching retardants, makes a program called highly effective method AVA Observation and Initial Attack in wildland fire suppression.

Until now, the commonly used light aircraft were too fragile, slow and lacking in power, although its use was justified because of the economic factor because they could use the forest runways (STOL). Moreover, more powerful aircraft and larger were unfit for their inability to use these auxiliary tracks, as well as high operating costs thereof.

As for the overhead lines, the plane is selected AT-802A Air Tractor Fireboss, being the one that best meets the requirements of the program MONITORING AND ATTACK AIRCRAFT. This aircraft can operate from unprepared fields, has a very favorable speed range and its maintenance is easy. Your exhaust system is the most modern in the world, and has endless possibilities programming downloads. Another factor in favor of AT-802 is its high maneuverability, even fully loaded, allowing you to launch downloads with great precision in areas of difficult terrain.

The aircraft configuration must allow room in addition to the pilot, a second crew member to perform the following tasks:

Appropriate paths are drawn, of which examples are given below, which allows flying over the areas defined above potential fire hazard in terms of:

With all this, is to be achieved:

The availability of these aircraft will be permanent, giving the crews of mobile equipment (TMA), to be activated 24 hours a day.

Once detected the source of fire, notified to the Central and received the order to attack the fire, blowing mix made for the type of fuel and subsequently schedule downloads on the computer of the aircraft.

For this performance, the airplane’s configuration must allow:

This aircraft will serve as a beacon for other aircraft and terrestrial environments that address the fire, informing them of their position by: